Montus was a vision purchased in 1979 with 12 hectares and today expanded to 85 hectares. Unlike most of Madiran, the soil at Montus is similar to Châteauneuf-du-Pape, large pebbles or galets some 20in to 6ft in depth over a clay soil, and the slopes are steep. The grape varieties are 80% Tannat and 20% Cabernet Sauvignon, planted at 5000 to 8000 vines per hectare, hence low yields and harvesting by hand. The cellar today is a showpiece of which many a Bordeaux Château would be envious. There is a perpetual feeling of drive, experimentation and innovation.

Château Montus comes from 80% Tannat and 20% Cabernet Sauvignon, total destemming, a 5-week cuvaison and ageing in oak for 12 months, 20% of which are new and 80% one year old. Montus Prestige is made from 100% Tannat, 100% destemmed and 100% aged in new oak for 14-16 months. The white Château Montus Pacherenc Sec is made from 70% Petit Courbu and 30% Petit Manseng and barrel fermented in demi- muids. This is a stunning wine with great minerality akin to a Grand Cru White Burgundy. 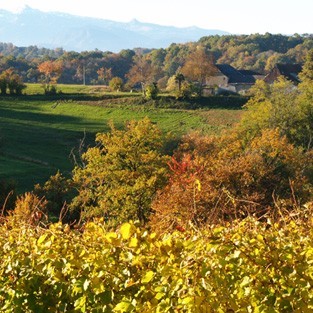 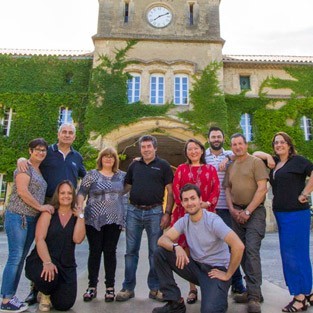 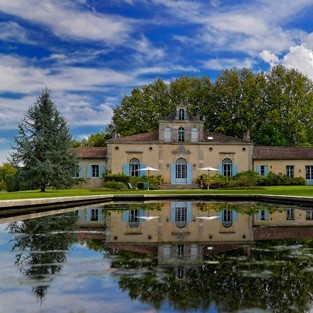