The wines here just get better and better, and the estate increases little by little as Michele and Sabina Reverdito take advantage of their ‘young vigneron’ status to plant/acquire more land.

We are thrilled to be offering the first Barolo from their almost half hectare of the La Serra vineyard in La Morra, immediately below Roberto Voerzio’s vines: SE facing and 380 masl.

Michele’s very first vintage was in 2000: until that year, his father had always sold his grapes to neighbours – he considered himself a farmer and not a winemaker. Now they have 20 hectares of vineyards, at altitudes of between 300 and 420 metres. The age of the vines ranges between six and thirty years.

The principal varietal is Nebbiolo, but there is also Barbera and Verduno Pelaverga. The soils are a mixture of limestone, sand, and limestone & clay. Michele has planted twenty-seven different varieties of grasses in the rows, to increase the nitrogen content of the soil when they are ploughed back in. Each Barolo comes from a specific area.

Simane whence comes their Langhe Nebbiolo could be sold as Barolo San Giacomo, but Michele considers the soil to be too heavily clay to produce a good Barolo.

Barriques are no longer used. Everything is now aged in a mixture of tonneau (500 or 700 litres) and 3000 or 4000 litres botte. The wines are aged for between one year and thirty months, depending on the vineyard and the vintage. Dante Scaglione is their consultant oenologist.Nascetta (a rare, indigenous Piemontese varietal) has all the crisp minerality of a Pouilly-Fumé. If you’re a fan of Lyrarakis’ Dafni, you’ll love Nascetta! 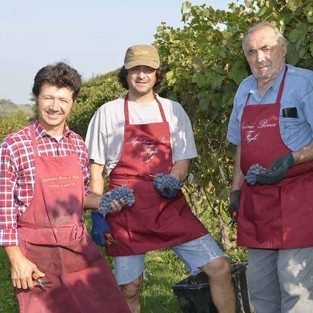 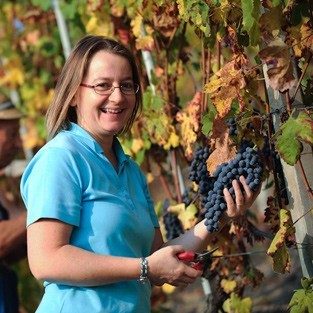 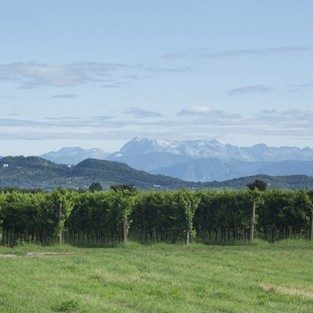